– Originally autonomy of Hkamti Shan Sawbwa until British occupation. The town and fort was built during 1914-15 by Commissioner Mr. Hertz which later known as Fort Hertz. Putao was the only town that escaped from Japanese occupation thus was known the only town where Union Jack has flown entire time. Inhabited by Jimphaw, Lisu, Rawang and Hkamti, who make up about 70 percent of the population of the Putao valley, are mostly Christians, and their villages are unusual in Myanmar for their lack of pagodas and monasteries. Christianity was established in far northern Myanmar in the 1950s by American missionary Robert Morse (who also translated the Bible into Rawang language), and Baptist and Catholic churches abound in the region.
Lies in a flat valley, famous as a jumping-off point for trekkers who want to explore the region’s deep forests, wildlife sanctuaries and snow-capped mountains. The richness in biodiversity of this region presents unparalleled opportunities in the field of Tribal, zoology, botany, forestry, ecology as well as hardy eco-tourists who prefer the challenge of a testing back-packing trip in the mountain fastness of Myanmar.

In the foothills of the Himalayas in northern Putao situate Mt. Hkakabo Razi, the highest snow-capped mountain in South East Asia. The 5889 meter high and a very important watershed area for the eastern Ayeyarwady river. The flagship trek of the area lies more than 440 kilometer away from nearest airstrip which takes nearly 6 weeks to complete. The route passes through the 1472-square-mile Hkakaborazi National Park. Apart from this there are several smaller peaks such as Mt. Lancrumadin of 3200 meters. Mt. Phongun Razi of 3500 meters, Mt. Phangran Razi of 4328 meters, Mt. Madwe Razi of 4602 meters etc which can be scaled by trekker with normal physical condition.

– A small administrative town 22 km south Putao. Beautifully set up with colonial style, connected by 211 meter long Malikha suspension bridge. On a hill near Machanbaw is the so-called “Stone Dragon”, a natural rock formation that looks like a giant dragon.

– Meaning in Lisu “the village stands in the thatch field along Mula River”. Beautifully set up Lisu village lies 14 km south of Putao connected by 159 meter long suspension bridge and provides a fascinating view to the mountains as a backdrop.

– A historic Buddhist monument with full of ancient art, situates about 18 km north-east of Putao across Malikha river.

– Originally by Hkamti name meaning “Golden river” but later transformed in to a large Rawan village, situate at the bottom of Namhti mountain range, rich with biodiversity of flora and fauna. Famous for its production of Grapefruit, Washington Naval, Vlincha, Ruby and King Oranges and Maerica Lime which once introduced by missionary from USA.

– A large Lisu village, situate 20 km west of Putao on the cross road to blazing 3495 meters high Mt. Lancrumadin, one of the prominent mountains is the area. A perfect overnight trek or day return bike from Putao. Agriculture is of main source of living thus Namhtunkoo has a large plain of rice field fill with much of activities especially during the harvest Nov/Dec which should not be missed.

– The last frontier town, situated 125 km north of Putao at an altitude of 500 meters above sea. Nomung Township probably is one of the most sparsely populated areas in Asia having two people per square mile ratio. Inhabitat by several species of snakes, tiger, leopard, bear, monkeys, samba, barking deer, Black Mountain, goat mole and birds. And there live Takin, red mountain goat, flying squirrel and domesticated wild ox (mythun) on the mountains in the northern part of the region.

– Situates about 60 kilometers west of Putao with an altitude at 1040 meters. Ziyadum is one of the last frontier villages in Myanmar. Inhabitants are predominately Rawan tribe. This area is beautiful with pristine forests and fast flowing rivers. Ziyadum is center points for many mountains in the areas such as Phonyin, Ziya, Pangram and Phungam which all are of snow-capped during winter. 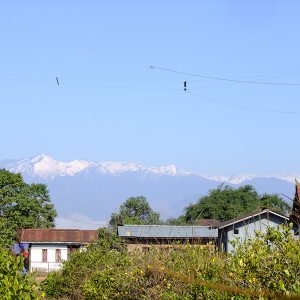 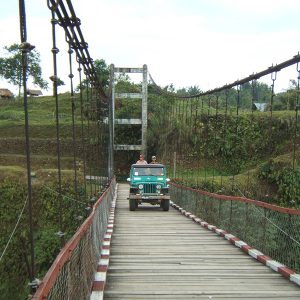